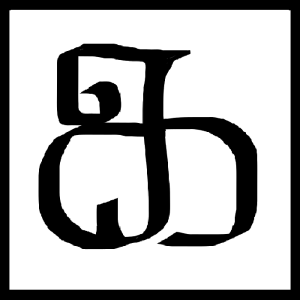 I got my life back

I am a Domestic Violence Survivor for over a span of 15+ years. I actually just managed to get out. People, my parents and actually the whole world told me he is not for you. They all saw through him. I did not. I believed in the beautiful lie. I lived that lie. He said everything I wanted to hear, did everything that made me laugh, spent all his time with me.

Then my money ran out.

With that the problems started. I went for a job and made us survive. I was always working, never a moment of peace: screamed at by bosses, then coming back home to wash, clean, cook. He would not let me sleep in the night. He would eat what I had cooked (bought with my money) and then he had this habit of waking me up just when I fell asleep. Then in that sleepy state I had to make the perfect cup of tea and sometimes when I brought it he would be asleep or pretend to be asleep. He would read each letter of the daily paper which I was supposed to buy.  I leave for work at 5.45 am and he goes god only knows where.

I was scared of even getting into a vehicle with him. There have been occasions when he was angry at traffic and he would suddenly punch or slap me. If I make a comment on a car that looks nice or hum a song, I would have my hair gripped and head slammed against the dash board.

Going to restaurants was a nightmare too. I was asked to order because I have an eating issue. I would timidly order anything and then he would say he didn’t like it (mainly because he usually finished it – I could never complete a meal just a few bites). One day, because of this ordering issue, he kicked me in the restaurant and I went flying from the chair. I was not allowed friends, not allowed to go anywhere, I hid the fact that I had a Facebook account, I was punished in strange ways. Crying of any form was never allowed. I have been beaten by belts, with poles, with fists…

I bruise very easily. It was a nightmare trying to cover those marks. I would just cower and cover my face when he attacked because I could hide bodily damage but my face, I could not cover-up even with makeup. Once I was dragged out of a moving tuk tuk and kicked really hard in the face. I was happy that it only swelled a bit and there were no marks but the next day my right eye suddenly ballooned in to an ugly black ball.

Even if my boss and colleagues knew but they never commented on it or discussed it. Except for one girl – she dared to question me. She asked, “If you tripped and fell down a step, how are you not scratched? Just bruised? Why are there bruises all over? And how is it possible that you specifically hit your eye on the side mirror of your van?” That was the story I said.

It was tough living a creative lie.

In the latter stages, I noticed the physical and verbal violence increased when he was with his other women. If those women thought “Hey, here is a macho guy” I feel sorry for them.

Mercifully I only had to live with him under the same roof for 3 months. Those 3 months were hell. I was a servant. He would not touch me. He would talk to his girlfriends openly; he would lie and say that the call was from debtors but I was not dumb. Scared yes, because we lived in the middle of nowhere, but I was not dumb.

There was so many times I went to work and in excruciating pain had to type and work with twisted wrists or elbows with massive bumps or walk normally on a twisted ankle or kicked in leg. I was scolded at work for being slow, scolded for falling asleep sometimes, scolded about the headaches due to being knocked on the head. I was asked why I wore the same long sleeved blouses. Well, a) That was all I had which had long sleeves and b) The brown in those blouses sort of managed to diffuse the lighter bruises. I depression ate till I was about 90Kg. But I still persevered. I was scared and ashamed to tell anyone this was my crazy individual decision.

Then the physical abuse stopped. Then started the emotional torments in various forms. Talking about his many other women, telling me how useless I was. Calling me a barren whore. One day I got the guts or maybe I had enough I asked “You have always been calling me a whore, well who did you sell me to? Maybe I should sleep with someone so I deserve that title!” He said nothing. The next time he slapped me for no reason in public I slapped him back. I thought one of these days he will kill me so what have I to lose. Even then he was too shocked for words.

This year he showed up at my door step with some “Underworld” character so he said and had a nice display in front of my door step. The gate was unlocked unfortunately. For the first time in my life I stood up for myself when he abused me in front of other people. I slapped the underworld character 4 times while he was seated on the bike. If he was brought to intimidate me I did not care. They came in and I manage to slap my husband 2 times and I would have toppled the bike too but they sped off. By this time my strength was back, I was doing exercises and I had lost 14 Kg.

I decided to forgive him this year. So far he has been normal as of 2014. No matter how much I annoy him (and I do it on purpose!) he just walks away. He checks up on me too. Recently I lost my job and now twice he has kept his side of the bargain and from what little he makes he gives me funds, tells me ‘Stay home, heal, you are in no condition to work’.

I found out that he is bipolar. So what he says now may change the next minute and again. It’s confusing but I am going with a little faith. No – I do not trust him at all, I doubt I ever will. But I got blessed with a beautiful 17 year old step daughter who loves me with all her heart (and hates both her parents – they both just do not care about her). I have known her since she was 12 and recently she accidentally called me mum.

The nightmares never go away. The mean things he has told me, the public humiliation like him spitting in my face, will scar me forever. They echo in my head sometimes when other things go wrong.

I first got in a car alone sometime in May with a friend and he said it was a “Feed Sudeepa” day. There are no words to explain why I could not answer the simple questions like ‘Where do you want to eat?’ or ‘What do you want to eat?’. The second time this same friend took me out was for a drive. I just wanted to be away from home, away from it all. It took a lot of courage to get in to that car. I doubt he even noticed I was seated in the far corner at both times with my arms crossed and bag in lap.

This time around a month back my friend and I went for a drive again. There was no traffic. The minute he said he damaged the undercarriage of his car on his way to pick me I freaked out on so many levels. But he just held my hand most of the time and hugged me. At first I was terrified – yes, because usually a hug was meant to choke me until I could not breathe – but this was so gentle and he was stroking my hair. I would have fallen asleep if he had continued. To my horror, the subject of getting something to eat came up. I was determined that this time I was going to get through this. I just let him order and he did (I thought that was just so easy and awesome) and I managed to finish the sandwiches with utmost difficulty, drink the coffee but could not finish the cheesecake completely. When I asked if I could take a portion of the sandwich home since my stomach could not handle it, he said no. ‘If you want I will order you one to take home,’ he said in return. Well my friend never knew my reasons for taking it home – the trauma of being yelled at for wasting food made me automatically take leftovers home. I never elaborated my reasons to him.

On that one day after 2009 for the first time I felt like a human being.

Well, nothing nice lasts in my life. I have accepted that now. This is apparently a taboo topic and when I slightly mentioned bits and pieces I got a whole lot of ‘do not post on social media, people are waiting to laugh’ types of comments and warnings. But this does happen. All the time, daily, every second, every minute. You never absolutely recover. You may slowly learn to trust someone or be a bit daring and try to go a step further. I refuse to be a victim. But you never recover and no one fully understands. I personally do not care anymore. It’s my Life. I took it back. I lost all the weight and if I wanted to I can look really good. I can do what I want, go where I want, with whomever I want. And the funny part is that this is the summarized version. Oh, he is around. But now he does not mess with me. He knows I am not scared anymore and neither do I care anymore. I see on his Facebook posts of the old fat me with captions “නුඹත් හරි මගේ පනත් හරි කිසි වෙනසක් නෑ මගේ මැණිකේ” I smile.

I took my life back. But I find myself alone thinking, all the time just thinking…

Author’s Note: Abused women suffer from a form of PTSD called Battered Persons Syndrome (or Abused Wives Syndrome). This is where they cannot connect reality and what has happened. It is a routine of flashbacks triggered by a smell, a song, basically anything. The treatment: Medication for severe schizophrenia. Some block it out. When the flashbacks come, it can be at any time anywhere. For me, everything goes mute and I see things that are not there, like a movie. Initially I panicked and ran or walked. Now things are different: I have learned to just find a place to sit and let it play itself out.

An excerpt of this piece was published in the Daily FT to commemorate the 16 days of activism against gender-based violence, a global campaign taking place from 25 November to 10 December.